How hair has shaped my life.

“Hair, flow it, show it, long as God can grow my hair” These are the lyrics to the theme song in Hair: The American Tribal Love-Rock Musical written in the 60’s. My parents saw the musical Hair when it came to Australia in the year I was born, 1970. I was conceived in 1969, the Summer of Love and I am a product of the counter-culture hippie generation. I love playing the record as in my teenage years and the whole idea of the ‘dawning of the age of Aquarius resonated deeply within my soul. I am an Aquarian, a water carrier.

As a young child I had the typical long hair of a 1970’s child with a straight cut fringe and golden blond hair. I was called “Jamie” at the time and combined with my “pretty face and long hair resulted in some people saying’ “what a pretty little girl” These people just weren’t ready to see long haired boy.

As a thirteen year old I thought it would be cool to copy my idol at the time, Tim Finn from the band Split Enz. Off I went to the hairdresser got the sides cut short and the top permed. WTF was I thinking. The result was not acceptance as I had hoped but ostracism. It started when a famous athlete, also my idol had just returned from competing in America and he brought back to Australia a new word, “Fagot”. The nickname fagot stuck around for 5 years until I left the small minded people to expand my mind at University. To this day I am grateful for this experience as it was character building. It gave me empathy for oppressed and bullied people regardless of their sexual orientation.

Studying a Bachelor of Science in Australian Environmental studies at Griffith Uni I was surrounded by like minded hippies and grew my hair long, golden and brown. I felt at ease with long hair and this was a part of my life where I grew not only my hair, but my love of reggae music and my love of the planet Gaia.

Nearing the end of my studies I cut my hair off in the most confronting way. I shaved it bald for a number of reasons. First, so I didn’t have to use chemical shampoos or conditioners. Second, because I didn’t want to be stereotyped as a “long haired hippie” I just wanted people to get to know me and to know what is inside my head not on my head. It didn’t work. Again people tend to generalize and if they didn’t think I was a Buddhist monk they were scared or frightened because I could have been a Nazi Skinhead.

For twenty two years I continued to run the clippers over my head every 28 days on the new moon. That was the whole extent of my hair maintenance. No shampoo, no conditioner, no chemical colours, no perms, no brushing, no worries.

It was my love of reggae music from my long hair days that lead to me growing my hair today. Rastafarians don’t cut their hair and let it mat up into dreadlocks. In 2013 I competed with team “Adventjah Cirkus” in the Sunshine Coast Tough Mudder. During training, I resolved that I would grow my hair if I completed it.

Using chemical shampoos and conditioners is out. The perfume make me gag and the chemical soapy taste in my mouth disgusts me. Now, once a week its a bicarbonate soda wash and an apple cider vinegar condition. A hair brush hasn’t touched my head in months, I’ve lost it and my hair has finally started knotting in one or two small dreads. There is a long way to go but nothing happens overnight.

For me being a rastafarian is not about being part of any religion, it’s a way of life where I live my spiritual truth. Rastafari locks are symbolic of the Lion of Judah and my family crest carries the words “”Leo de Juda est robur nostrum”, the lion of Judah is our strength.

My father arrived at dinner with a haircut saying I love short hair. We started discussing hair when my mother said “I’ve told you 4 times to cut your hair” I replied ’Look what happened to Samson when he cut his hair for Delilah, he lost his strength” 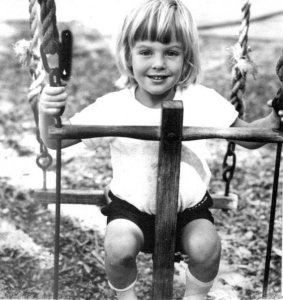 She replied in frustration, “Jesus Christ.” Somehow I recall seeing Him depicted with long hair and a beard too. Have you noticed how many beards are around these days? That’s a whole other essay.

I want to know who decided hairless legs, arm pits and genitals make a woman more beautiful or clean? Some of the most beautiful women I know have hairy pits legs and possibly genitals, and they are beautiful because they have the strength of conviction to grow their hair against the tide of material vanity and excessive attachment.

“Hair, flow it, show it, long as God can grow my hair”

{2} B Bogin The Dreadlocks Treatise: On Tantric Hairstyles in Tibetan Buddhism.

Based on the collective knowledge storytelling paradigm of the indigenous ancestors, our community classes are by taught by volunteers where anyone can be both a teacher and a student and when we all work together we can collectively create a healthy future for all people, living things and the planet.

Each one must teach one, our children and our parents.

Connect with James’ Blue House Free Schools on Google plus